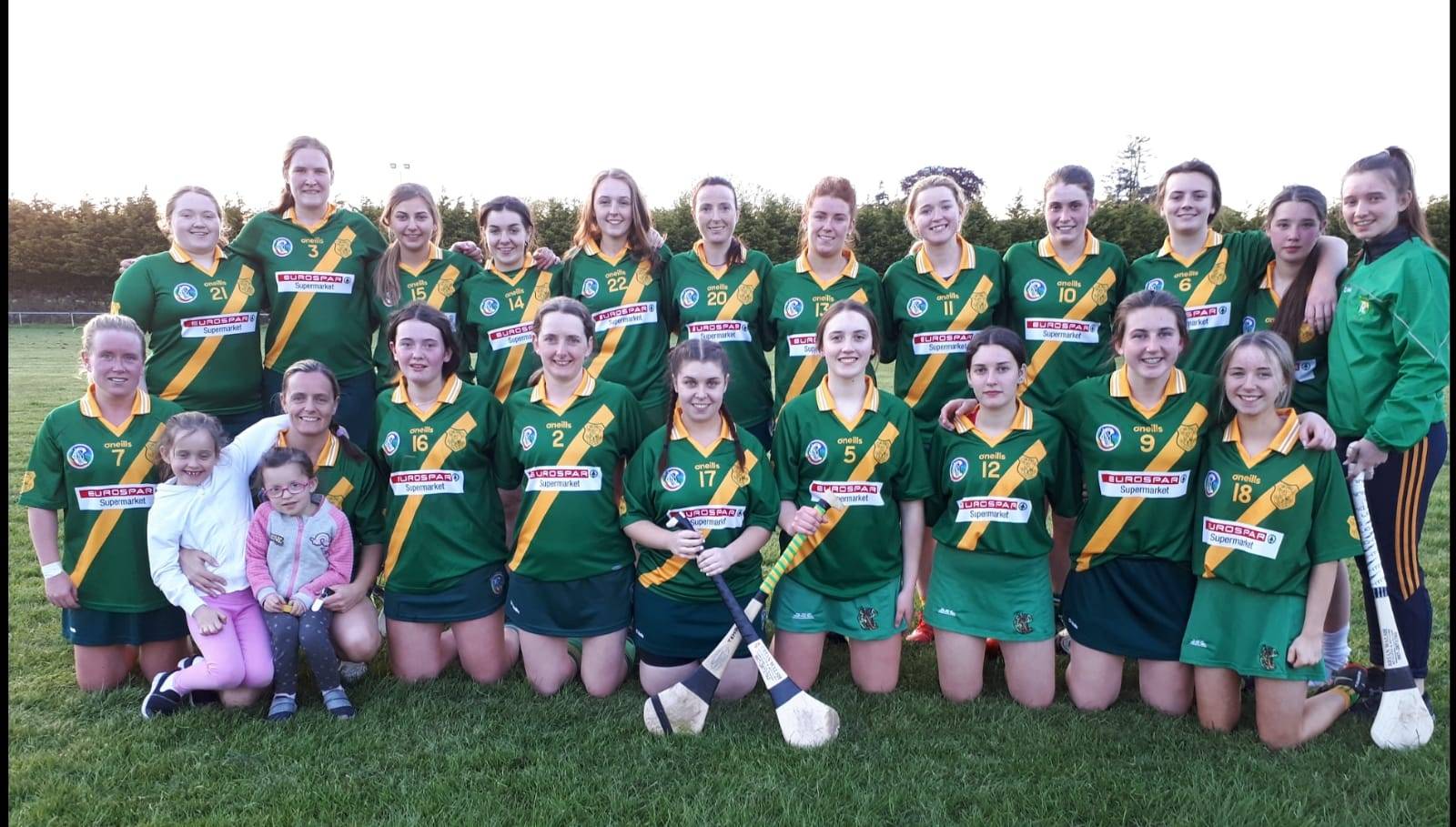 Our Senior Camogie Team travelled to Cappagh on Monday evening to play the 6th round of the Division 2 League. Kill knew before the sliotar was thrown in, that every puck of the ball was going to be hard fought against a very determined Cappagh side. Kill opened the score with a point from play by Louise Dunne, followed in quick succession with another point from Kaitlyn Miley. Cappagh didn’t allow Kill to go too far ahead by following up with a couple of points, one scored from a free, the other from play. It was end to end play in the first half with a close score of Kill 0-06 Cappagh 0-05, the other Kill players to score in first half were Michaela Kavanagh 2 points and 2 points from well taken frees by Sarah Cullen.

The second half started where first half finished with Kill popping over a point from Sarah Cullen. The Kill backs were strong in second half and held off a Cappagh drive to try score a goal with only 5 minutes left to play. From a well pucked out ball from Kill goalie Joanne Burgess, the Kill Team worked the sliotar up the field which resulted in a well taken goal by Eimear Broderick. Cappagh tapped over one more point but Kill followed with a point of their own scored by Sarah Cullen.

It was a great performance by all the Kill girls and well deserved their win. Their last match to determine if they reach the league semi-final is being played in Kill on Monday next the 20th May at 7.30pm in Kill GAA. All Support Would Be Much Appreciated by The Girls.