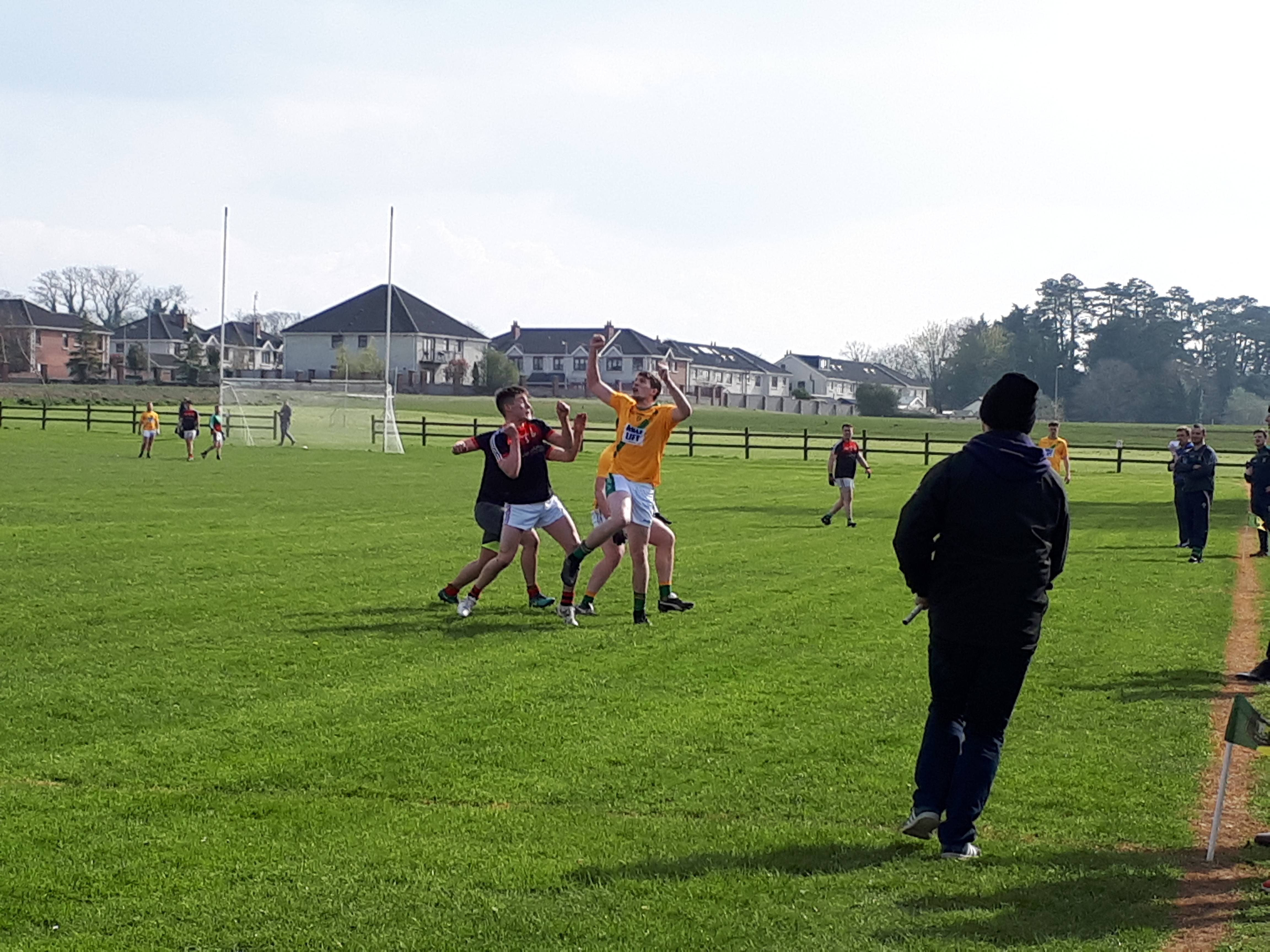 Our senior footballers recorded their first league win of the campaign with a hard-fought victory away to Robertstown. A strong second half performance from the team who came from 10 points down with 20 minutes remaining made this victory all the sweeter over a side who were top of the league going into yesterday’s game.

Kill started well with early points from Alan Wren and Paul Kirwan, however the home side settled into the game with a goal from the excellent Damien Leeson after 8 minutes. Robertstown dominated the remainder of the half and scored some excellent points from play to lead by 1-06 to 0-03 at half time. Indeed, there lead could have been bigger, but some missed frees and some excellent defending by Kill kept the visitors within touching distance of their hosts.

The second half started with continued home side dominance with four early points extending their lead to 10 points. It was at this stage that Kill opened their shoulders and decided to play some attacking football, two excellent goals by Stephen Skelton and Johnny O’Brien reduced the lead to three points with 10 minutes remaining. Kill emptied the bench and excellent scores by Jamie Nolan, Paul Kirwan (3) and Kevin Downey help clinch victory by the minimum. A strong performance in the second half by Jack Healy, Gavin Mahady and Paul Kirwan laid the foundations for this comeback.

Their next match will be against Cappagh, this Wednesday 15th in Kill GAA @ 7.30pm. All support is greatly appreciated.