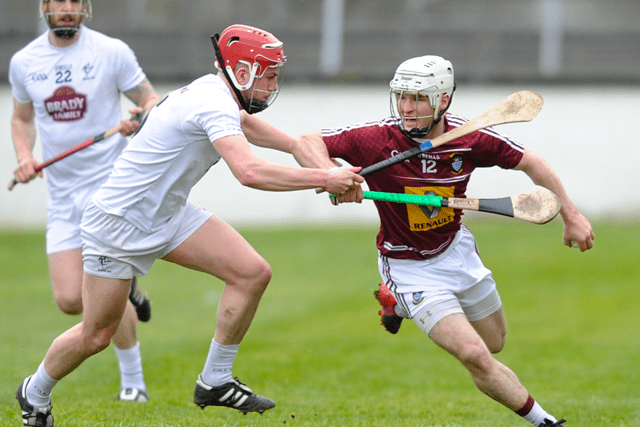 Hurling is one of the oldest field games in the world and is popular for at least 3000 years in Ireland with the first literary reference dating back to 1272 BC.

Hurling is often referenced in Irish myths and legends, the most famous of which has to be the early account found in the Táin Bo Cuailgne, a legendary tale from early Irish literature, which describes the exploits of the Ulster hero Cú Chullainn, (literally Hound of Cullen) who was so named after killing a fierce guard dog by driving a hurling ball down its throat. Such stories often portray Hurling as a form of martial training and proficiency on the Hurling field was equated with skill in battle. Throughout the countryside, Hurling thrived as a wild and often violent practice with few set rules. One 17th century account describes the game as being played on a plain about 200-300 yards long, with victory going to the first team to drive the ball through the goal of the opponent.

The Celtic legal system, the Brehon Laws, provided for compensation for hurling accidents and provisions were also made for cases of deliberate injury, or even death, as a result of Hurling. The game was outlawed in the 12th century after the occupation by the Normans, but it survived and even flourished up to the early 19th century mainly due to patronization by the landlords.

By the time of the Great Famine of 1846 – 49, Hurling had declined dramatically and was in danger of dying out completely but for a number of strongholds. However, Dublin Castle itself admitted that by the late 1850s, Hurling was being played all over Munster and records of the game survive in Donegal and Down and Kilkenny and Longford.

There was much variation in the forms of the stick and ball games played in Ireland. There was the cross country scuaib in Clare and South Galway. The Camán (anglicized to commons) game was played due north of the Dublin Galway railway line and epicentred in Ulster’s communal heartlands. There was also the Iomán form of the Hurling that was regulated by the Killimor Daly rules of south Galway and the more obscure local rules drafted by James Maher of Tipperary before the famine.

The 19th century saw a new version of Hurling, or hurley as it was referred to, become popular within the upper classes. A defining ten year period for Hurling was before the establishment of the Gaelic Athletic Association in 1884. By 1879, there were at least six hurley clubs among the gentry in Dublin, and the Irish Hurley Union was founded in Trinity College. It was exclusively an upper-class preserve and bore little relation to traditional concepts of the game. During this period, the various forms of the game all metamorphosed into the first nationally codified sport of Hurling, which was in essence, the summer game of Leinster and the South. Camán, the ground Hurling winter game which according to mid-nineteenth century accounts had been more widespread and popular within Ireland than its younger Hurling sibling, was to fade away, even in Ulster where it had been played for generations.

A clareman named Michael Cusack had realised the need for common regulations and this inspired much of his thinking with regard to the formation of the GAA. In order to preserve the game of Hurling, Cusack had begun writing about its revival in 1882 in a newspaper *The Illustrated Sporting and Dramatic News *and in 1884 the GAA was founded to restore the Gaelic pastimes of old.

Since the foundation of the GAA in 1884 and the introduction of a formal set of rules, the game of Hurling has evolved to the game we see today. The original core concept of man-on man (or woman-on-woman) contests for the ball within the defined framework of a positional game has been added to and eroded to varying degrees over time.

The physical conditioning of the modern player has allowed him to move quickly into space to gain possession of the ball, in many cases uncontested, while a focus on maintaining possession has resulted in the movement of the ball in a more designed manner, giving clear advantage to a team mate. This latter trend has also resulted in the reduction in frequency of use of many of the less controllable skills of both games, for example, the overhead strike in Hurling, as the use of these may often lead to a more equal contest or the loss of possession altogether. The focus on maintaining possession once you have it has antagonistically resulted in the adoption of defensive tactics designed to concentrate players in front of the scoring area or around the ball when not in possession.

While there is much debate about the value of such tactics to both games, modern coaches seek to position their players against opponents they perceive to have advantages over – whether in the contest or once in possession – maintaining the dramatic combat or duel concept of the games. All the while tactical innovation is sought from far and wide to overcome those of their opponents, and improve their team’s chances of winning.

Hurling has also been exposed to the influence of external sources, particularly through the international games played between Hurlers of Ireland and their Scottish Shinty counterparts. The game is played under ‘compromise’ rules agreed between the governing associations and provide an opportunity for players to represent their country in a series of international tests from time to time.

This site uses Akismet to reduce spam. Learn how your comment data is processed.